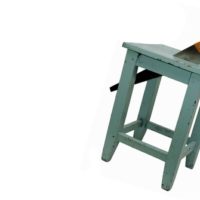 Judges in the Sunshine State must divide marital property on an equitable basis. That’s not necessarily the same as an “equal” basis. Generally, the judge awards property on a 50-50 basis. But if the litigants introduce enough compelling evidence, the judge could very well order an unequal property distribution in a divorce case.

This authority comes from Section 61.075 of the Florida Statutes. This law also gives judges a number of factors to consider in making this decision. Here are a few of the more prominent ones.

Even though this factor appears towards the end of the list, it is one of the most important items. Port St. Lucie judges almost always uphold interspousal agreements which are not totally one-sided and entirely voluntary. In many cases, that could mean premarital agreements and other formal, written pacts, as well as informal agreements in a series of text messages. Such a presumption also applies to child custody understandings, provided that the agreement is in the best interests of the children.

Duration of the Marriage

Noneconomic Contributions to the Marriage

The law mentions this factor several times in several different ways, so it’s obviously very important. If one spouse sacrificed career advancement or a semi-lucrative job to become the primary caregiver, that spouse may receive more property in the divorce settlement. The “homemaker effect” is obviously not as prevalent if the couple had few or no children.

There is a presumption in the law that the spouse with custody of minor children should also receive the house. Therefore, instead of ordering a sale and division of proceeds, the Port St. Lucie judge often gives non-owner spouses liens for their equity shares.

Furthermore, if the owner spouse needs financial help to stay in the house, judges often order additional spousal support to make that happen.

Adultery and other fault in the breakup of the marriage is not technically admissible in Florida property division proceedings. But the dissipation doctrine is often an effective back door. If, for example, one spouse spends martial funds on gifts for a paramour, the other spouse is entitled to reimbursement. Any claimed dissipation must have occurred within two years of the petition filing date.

Judges must weigh a number of factors when dividing marital property. For a free consultation with an experienced family law attorney in Port St. Lucie, contact Eighmie Law Firm, P.A. We do not charge upfront legal fees in negligence matters.