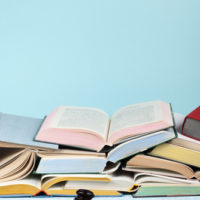 Many advocates have closely scrutinized bail and pretrial release systems in recent years. The common criticism is that the money-based bail system unfairly penalizes indigent defendants, and that in many cases, a $500 bond might as well be $500,000. Indeed, there are a number of county jails in the United States which contain more unsentenced inmates than sentenced ones, which indicates that most of these people simply cannot meet the court-imposed bail conditions.

The Constitution has little to say on this issue, other than the Eighth Amendment’s prohibition against “excessive bail.” How have Florida courts set up the pretrial release system?

The Florida Statutes contain a clear presumption in favor of nonmonetary release (a personal recognizance bond) in non-dangerous crimes. But most offenses are, by definition, dangerous crimes, because they either involve violence or vulnerable victims.

In most jurisdictions, most non-capital offenses have predetermined bail amounts based on the severity of the offense. At the arraignment, which must occur within twenty-four hours of the arrest, the judge determines if the pre-set bail is reasonable under the specific circumstances. This hearing is also a defense attorney’s first opportunity to challenge the amount of bail, based on a number of factors which include the:

Assume that the defendant, who has a job and a family, is arrested for DUI after he refused to provide a chemical sample. In this case, all the above factors point towards pretrial release. The defendant has connections to the community so he is unlikely to flee the jurisdiction, any driving he does before the trial will probably be in a vehicle with an ignition interlock device, and since the evidence is rather weak, the defendant is even less likely to skip trial.

In this situation, the defendant is entitled to a reasonable bail that both allows him to be free pending trial and gives the state some financial security.

The presumption is flipped if the defendant is charged with capital murder or another equally serious felony, as there is a presumption that bail is inappropriate due to the severity of the charged offense. To grant bail notwithstanding the presumption against it, the judge must be convinced that:

A presumption against bail also applies if the court makes any of the following findings:

Even if the court makes any of these findings, the defendant may argue that there are conditions (such as electronic monitoring or an ignition interlock device) that offer adequate protection.

Reasonable bail is an important component of a comprehensive criminal defense. For a free consultation with an experienced criminal law attorney in Port St. Lucie, contact Eighmie Law Firm, P.A. We routinely handle matters throughout the Treasure Coast area.