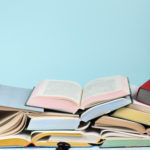 Many advocates have closely scrutinized bail and pretrial release systems in recent years. The common criticism is that the money-based bail system unfairly penalizes indigent defendants, and that in many cases, a $500 bond might as well be $500,000. Indeed, there are a number of county jails in the United States which contain more… Read More »