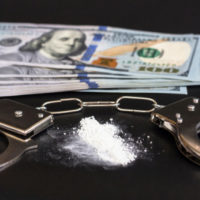 Redshirt junior Shai Werts may be in the Eagles backfield this season after all, since the “cocaine” officers claimed he had on his car was bird poop.

In July 2019, peace officers pulled Werts over for speeding. As they approached the car, they saw white, powdery residue on the car’s hood. Despite his repeated explanations that the substance was “bird [expletive],” the deputies field tested the substance twice for cocaine. A subsequent South Carolina Law Enforcement Division report revealed that the substance contained no traces of cocaine or anything else illegal. Werts, who had been suspended, returned to the team shortly after prosecutors dropped the cocaine possession charge.

Werts threw and ran for 25 touchdowns last season, as the Eagles capped a 10-3 season with a Camellia Bowl berth and a win over Eastern Michigan.

Police officers invariably state that substances “field tested positive” for cocaine, heroin, or another controlled substance. But this field test is usually not much more than a visual inspection. So, the test may suffice for probable cause for arrest, but it does not meet the higher evidence standard used in criminal court.

Moreover, the drugs or other evidence must be admissible in court. Since most officers do not have search warrants in possession cases, an applicable search warrant exception must allow officers to find and seize the drugs. Some common exceptions include:

Other search warrant exceptions include exigent circumstances and automobile searches. If officers believe that someone is in trouble, they may enter places without warrants to make sure everyone is okay. And, if officers have probable cause to believe there is evidence hidden in a car, they may search it.

Simple possession cases account for over 80 percent of all the criminal drug matters in Florida. That extremely high volume usually gives prosecutors incentive to negotiate favorable pretrial agreements and dispose of these cases quickly.

If the case goes further, the aforementioned evidentiary issues often come into play. Furthermore, prosecutors must establish all three elements of possession (proximity, control, and knowledge) beyond any reasonable doubt. Many times, there is not enough evidence to meet this burden.

Rely on a Dedicated Lawyer