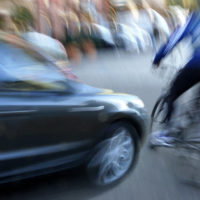 Even after disturbing statistics about bicycle-vehicle crashes in Florida became public, only some areas in the Treasure Coast have taken steps to improve rider safety.

Over the next several years, Martin County plans to spend $15.8 million to build designated bike lanes on some 13 miles of Bridge Road, US 1, and Jensen Beach Boulevard. Nearby Indian River County has earmarked $2.5 million for similar improvements. However, St. Lucie County has not made any commitments in this area. Officials blame voters for the lack of action, citing a failed initiative that would have increased the sales tax by one-half percent. In the wake of this development, spokesman Erick Gill said the county would look for grant money to fund safety improvements. Similarly, Fort Pierce County has no safety-improvement budget, although crews are doing some work in the Indian Hills Recreation Area.

The St. Lucie County Transportation Planning Organization has ambitious plans for safety improvements but it is unclear how these projects will be funded.

In 2015, the number of fatal bicycle accidents increased over 12 percent, the largest such increase in twenty years. The urgent need to introduce more bike lanes and make other physical improvements probably comes from a Government Accountability Office report, which stated that engineers designed most city streets to move vehicle traffic as quickly and as safely as possible. In other words, there are lots of wide lanes that leave little or no room for bicycles and straight roads that encourage high speeds.

However, as is the case with most traffic accidents, the human element may be mostly to blame. Some observers point out that the rise of distracted driving has made city streets a lot less safe than they were a few years ago. Speed is a significant factor in these crashes as well, because if the car is travelling faster than about 40 mph, the bicyclist is nearly always either seriously injured or killed. There is also the phenomenon some people call “bikelash,” which is basically the prejudice that motor vehicle operators have about bicycle riders.

When a 4,000-plus pound car collides with a 15-pound bicycle, the results are almost always tragic for the rider. Some of the serious injuries in bicycle-vehicle collisions include:

2016 was a deadly year for cyclists in Florida, and 2017 may not be any better. For a free consultation with an assertive personal injury lawyer in Port St. Lucie, contact Eighmie Law Firm, PA. We normally do not charge upfront legal fees in negligence cases.