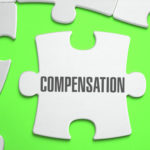 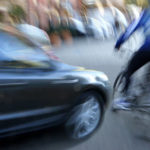 Even after disturbing statistics about bicycle-vehicle crashes in Florida became public, only some areas in the Treasure Coast have taken steps to improve rider safety. Over the next several years, Martin County plans to spend $15.8 million to build designated bike lanes on some 13 miles of Bridge Road, US 1, and Jensen Beach… Read More »

In many parts of the country, the weather is so cold in the late fall, winter, and early spring months that outdoor activities, including motorcycle riding, almost grind to a halt. But that’s not the case on the Treasure Coast, as the days during this time of year may be shorter, but they are… Read More »

The Impact of Medical Insurance on a Personal Injury Claim

The health complications occurring after an accident can be fatal. In most accidents, prompt medical attention is necessary to ensure that additional injuries do not occur as a result of the delay. In fact, it is often encouraged by law enforcement officers and medical personnel present at the scene of an accident. Seeking medical… Read More »

Assumption of Risk: A Form of Comparative Negligence

There are thousands of Americans who like to live life on the edge. Many obtain enjoyment by participating in thrill seeking activities. Of course, there is a certain amount of risk to everything in life. However, in certain activities, a principle known as the assumption of risk may prevent you from recovering damages in… Read More »