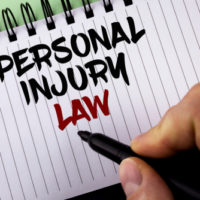 The number of alcohol-related crash fatalities in Port St. Lucie is creeping up again after it dropped sharply in the 1990s. Some researchers believe that lowering the BAC threshold from .08 to .06 may reduce number of fatal accidents. But even some advocacy groups, like Mothers Against Drunk Driving, aren’t convinced.

Alcohol is a depressant that inhibits motor skills and impairs judgement. Both these functions need to be operating at a high level to safely operate heavy machinery. In fact, just one drink seriously inhibits the ability to drive in Florida. So, substantial damages are often available in these cases.

Direct Evidence of Negligence in a Florida Alcohol-Related Crash

In the majority of these collisions, the tortfeasor (negligent driver) has a BAC well above the legal limit. So, the negligence per se shortcut is often applicable. In Port St. Lucie, negligence exists as a matter of law if the tortfeasor:

In cases involving a traffic violation or other non-jailable offense, negligence per se may only be a presumption of negligence.

The negligence per se rule saves quite a bit of time. Instead of the five elements of a negligence case, victim/plaintiffs must essentially only prove cause. Furthermore, the civil jury decides whether or not the tortfeasor violated the safety law. So, negligence per se may still apply even if the tortfeasor was found not guilty on a technicality or the prosecution was dismissed for some reason.

Even if the tortfeasor is not over the legal limit, it’s still possible to establish liability in these cases. The burden of proof in a negligence case (a preponderance of the evidence, or more likely than not) is very low. So, evidence that’s not very compelling in criminal court is highly persuasive in civil court. Such evidence includes:

These items probably only establish consumption. But because of the aforementioned one drink factor, any consumption is tantamount to impairment in civil court.

This same direct and circumstantial evidence approach applies in vicarious liability matters. Dram shop liability is especially important in catastrophic injury cases. Many times, an individual tortfeasor does not have enough insurance coverage to sufficiently compensate the victim/plaintiff.

Since it is foreseeable that a person will open a bottle and take a drink while driving, grocery stores, convenience store, and other packaged alcohol providers may also be subject to the dram shop law.