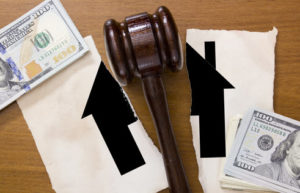 In divorce papers he filed in a Florida court, former NBA player Scottie Pippen wants the judge to amend the couple’s prenuptial agreement and order that he pay no alimony to Larsa Pippen; Mr. Pippen also requested full custody of the couple’s four minor children.

Rumors swirled about possible affairs on both sides, and local police had been summoned to the couple’s Florida home in response to disturbance calls. However, a publicist for Mrs. Pippen insisted that the decision was mutual and both spouses wanted to keep being good parents to their children.

The former Chicago Bull and Houston Rocket married the former Larsa Younan in 1997.

Under the Uniform Marital and Premarital Agreements Act, which applies in Florida and almost all other states, couples can mutually amend their property agreements at any time. However, unilaterally amending such agreements, or convincing a court to do so, is an entirely different matter. There is a very strong undercurrent in family law in favor of mutual agreements that are not manifestly one-sided. That’s because most judges want to minimize conflict and encourage parties to work out disputes between themselves whenever possible, especially if the family includes minor children.

Therefore, parties who wish to overturn part of a premarital agreement face an uphill climb. There must be evidence that the agreement is:

Under the UPMAA, spousal agreements can cover almost any property or non-property matter other than child support.

Governor Scott has vetoed two alimony laws in the last few years, both of which would have ended long-term spousal support, at least in most cases. In addition to a cap on the duration of payments, many reformers would like to see the amount tied to a formula and not left entirely to the judge’s discretion.

The current alimony law does restrict the duration of payments in some cases, and also requires the obligee spouse (person who receives alimony) to meet additional evidentiary burdens in some longer-term cases. Regardless of the type of alimony, the judge may consider several factors when setting the specific amount and duration of payments, including:

Both the amount and duration of payments can typically be modified based on changed circumstances.

In divorce proceedings, both parties have legal and financial rights. For a free consultation with an experienced family law attorney in Port St. Lucie, contact Eighmie Law Firm, PA. We routinely handle matters all along the Treasure Coast and throughout Florida.