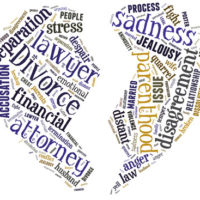 Florida couple Scottie and Larsa Pippen, who appeared to be headed for a very nasty divorce, abruptly told a Fort Lauderdale judge they wanted to get back together.

In the days prior to a June 2017 pretrial hearing, reports had surfaced that the former NBA player had “cut off” his reality TV star wife, and that she would seek substantial interim spousal support. But the day of the hearing, lawyers for both sides very unexpectedly asked for a joint continuance. Jorge Cestero, Ms. Pippen’s lawyer, sounded cautiously optimistic. “Hopefully, they’ll come to a reconciliation,” he said. Mr. Pippen’s attorney, Robert Stanley, sounded even more positive. “We don’t think there’ll be any action coming soon,” he predicted.

Mr. Pippen filed for divorce in 2016 when rumors linked his wife with hip-hop star Future, who is set to begin a European tour in the fall without his alleged girlfriend.

Since Scottie’s petition cited “irreconcilable differences” as the reason for divorce, he is in the driver’s seat as far as the case is concerned, and he can unilaterally withdraw his petition at almost any time. While such a move is the cheapest alternative, it is not usually the best alternative.

Many couples have an on-again, off-again relationship, even in divorce court, so reconciliation efforts are quite often unsuccessful. But if the parties have abandoned the action, the court will probably dismiss it under Rule 1.420, the DWOP (dismissal for want of prosecution) section. If that happens, and the petitioner decides to revive the case for whatever reason, the petitioner must usually start over by filing an entirely new case.

So, to give parties time to reconcile, attorneys must file a series of notices with the court to keep the case active until the parties make a permanent decision.

While complete reconciliation is quite rare in divorce cases, it is not at all unusual for parties to seek a more amicable end to the proceedings. This is especially true if the initial anger subsides and there are minor children involved.

Mediation is usually a good alternative in these cases, because whereas courtroom showdowns are usually very emotionally charged, mediation is very low key by design. During mediation, after the parties summarize their positions in a brief opening session, both sides wait in separate rooms while the trained mediator tries to facilitate a settlement. Mediation is about 75 percent effective, if the mediator is specially trained (which most family law mediators are) and the parties voluntarily agreed to undergo the process.

Alternative dispute resolution has some other benefits as well, most notably the significant cost savings often associated with mediation. The Department of Justice estimates that, in 2016, mediation saved all civil litigants about $70 million. Furthermore, since the parties actively participate in the resolution, voluntary compliance is often higher.