Is Divorce Mediation A Good Idea In Florida?

Immediately prior to mediation, most participants feel that the process will be a waste of time. If talking could have solved the problem, they reason, no family law case would have been filed in the first place. But in voluntary mediation cases, roughly 75 percent of these individuals resolve most or all of their… Read More » 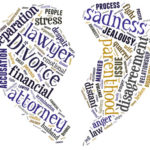 Florida couple Scottie and Larsa Pippen, who appeared to be headed for a very nasty divorce, abruptly told a Fort Lauderdale judge they wanted to get back together. In the days prior to a June 2017 pretrial hearing, reports had surfaced that the former NBA player had “cut off” his reality TV star wife,… Read More »

Is Mediation A Good Idea?

Before a session starts, 96 percent of divorce mediation participants believe that the process will be completely fruitless. They reason that if negotiation alone could solve their problems, they would not have gone to court in the first place. However, once the session is over, over 70 percent of these participants have resolved most… Read More »