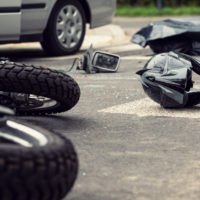 In a story that’s all too familiar to Port St. Lucie riders, a driver may face no legal consequences after he struck a motorcycle during a left turn against traffic, killing both the rider and passenger.

The wreck occurred on Sebastian Boulevard. According to police and witnesses, a Harley-Davidson three-wheeler was westbound on Sebastian. An eastbound Cadillac SUV attempted to make a left turn against traffic. As it entered the westbound side, the Cadillac struck the motorcycle. The motorcycle driver was killed at the scene; the motorcycle passenger died shortly thereafter at a local hospital.

No charges are pending against the Cadillac driver at this time.

It is little wonder that left-turn wrecks account for more than a third of motorcycle rider fatalities in Florida. These incidents combine driver inattention, sudden acceleration, and a compressed time period.

To compensate, many riders do things like wear bright clothes or modify their mufflers to make more noise. But there is little or no evidence that these tricks are effective. Moreover, they may simply antagonize drivers who already dislike motorcycle riders.

As a result of all this, many tortfeasors (negligent drivers) do not see oncoming motorcycles as these drivers prepare to turn left against traffic. In most cases, they do not see because they are not looking.

Sudden acceleration is an issue as well. Most drivers try to shoot through small gaps in traffic. The burst of speed is often deadly for motorcycle riders.

A vehicle’s Event Data Recorder is often telling in these situations. Most EDRs accurately record engine RPM, so the jury clearly sees how fast the tortfeasor was travelling at the moment of impact.

Finally, in left turn situations, drivers have very little time to react. The gap may only be open for a split second. In that amount of time, they may be unable to accurately estimate an oncoming vehicle’s speed. That’s especially true with regard to motorcycles. A slight miscalculation can be tragic.

The perfect storm of crash conditions usually causes serious injuries. So, victims are usually eligible for significant compensation. Damages usually include money for:

Additional punitive damages may be available as well, in some extreme cases.

Team Up with Dedicated Lawyers

An aggressive lawyer may be the only way to obtain compensation and justice in a motorcycle crash case. For a free consultation with an experienced personal injury attorney in Port St. Lucie, contact Eighmie Law Firm, P.A. Home and hospital visits are available.