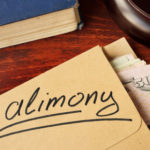 For the second time in three years, Governor Rick Scott vetoed an alimony reform bill. Although the measure passed by fairly wide margins in both the state House and Senate, Governor Scott took issue with the presumption that a 50-50 parenting time split is the best possible custody arrangement. “This bill has the potential… Read More »

The Florida Bar Association’s Family Law section withdrew its support from the pending alimony reform bill, even though it helped draft significant portions of it and lobbied for its passage. Basically, the ongoing alimony reform battle in the Sunshine State pits payor spouses (mostly men) who claim that the system is unpredictable and unfair… Read More »