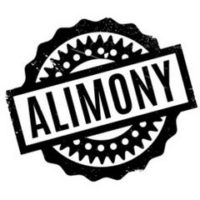 State Representative Colleen Burton (R-Lakeland) said she introduced a third alimony reform bill because “it is the right thing to do.”

This latest effort contains no time-sharing presumption, which Governor Rick Scott cited in last year’s veto letter. Earlier, in 2013, Governor Scott vetoed a similar measure, specifically objecting that the proposed law applied retroactively to prior divorces; the new bill also contains no such provision. Moreover, to silence critics, House Bill 283 explicitly states that judges should consider noneconomic contributions to the marriage, including “services rendered in homemaking, child care, education, and career building of the other party,” before rendering an award. Emotions ran high in 2016, eventually boiling over into what one observer called “a hollering battle” outside Governor Scott’s office.

Types of Alimony in Florida

Most reformers, who are largely divorced men, want to eliminate so-called “permanent” alimony, because they feel that this form of spousal support essentially is a lifelong subsidy for the obligee spouse. On the other side, reform opponents, who are mostly divorced women, feel that such payments are an equitable way to equalize the standard of living between the divorced spouses so that the marriage dissolution is not an unfair financial burden on either of them.

In the last two Florida reform efforts, there has been a fairly broad consensus to change the types of alimony currently available under Florida law. These categories are:

Alimony payments can typically be modified, or even terminated, based on changed circumstances or the obligee spouse’s failure to follow a rehabilitation plan.

Other reformers take issue with the subjective nature of setting the amount of payments in Florida, and they desire a more predictable system that will lead to results, as Rep. Burton said, which are “the same in Miami as in Pensacola.” Currently, the judge must consider a list of factors to set the amount, including:

Essentially, the judge uses these factors to strike a balance between the obligor spouse’s financial ability to pay and the obligee spouse’s monetary need.

Spousal support is an integral part of most Florida divorce settlements. For a free consultation with an experienced family law attorney in Port St. Lucie, contact Eighmie Law Firm, P.A. After hours appointments are available.