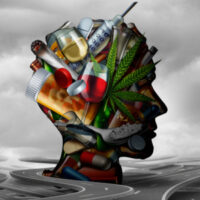 Driver error is responsible for over 90 percent of the vehicle collisions in Florida. Sometimes, this error involves a traffic law violation, such as speeding or running a red light. Other times, vehicle collisions begin before drivers get behind the wheel.

Due to the nature of impairment-related wrecks, a Port St. Lucie personal injury attorney can normally obtain substantial compensation in these cases. Arguably, impaired drivers intentionally disregarded a known risk when they made the decision to operate motor vehicles. That fact drives up the settlement value of these claims.

Therefore, to establish liability in these cases, victim/plaintiffs cannot always rely on negligence per se, which is the violation of a safety law. Some claims rest upon ordinary negligence, which is a lack of reasonable care.

These same liability issues apply with regard to medical impairment. Florida law requires medical providers to report epilepsy, diabetes, heart disease, and other conditions which could cause a sudden loss of consciousness. The state then suspends the person’s drivers’ license. However, this law is full of holes. Additionally, the suspension is only temporary. Thus, many victim/plaintiffs turn to the ordinary negligence doctrine.

Drivers must be in reasonably good health to fulfill their legal driving responsibilities. If they are sick, sleepy, drunk, or whatever, they breach the duty of care when they start their vehicles. As a result, compensation is usually available.

This substance causes about a third of the fatal vehicle collisions in Florida. The legal issues involved usually depend on the amount of consumption.

The burden of proof is only a preponderance of the evidence (more likely than not). So, a little evidence goes a long way.

In other alcohol-involved wrecks, the negligence per se doctrine is available. Most people are legally intoxicated after three or four drinks. If the tortfeasor was arrested for DUI, the tortfeasor might be liable for damages as a matter of law.

Drowsiness and alcohol impairment have the same effect on the brain and body. Both conditions limit motor skills and impair judgment ability. In fact, driving after eighteen hours without sleep is like driving with a .05 BAC level. Furthermore, most people are naturally drowsy late at night and early in the morning, no matter how much rest they had the previous night.

These facts make it easier to establish ordinary negligence in these cases. All fatigued driving accident victims must use this doctrine, because drowsy driving is not against the law.

In many jurisdictions, there are more “drugged” drivers than “drunk” drivers. Impairing drugs are not limited to street drugs, like marijuana and cocaine. Most prescription pain pills are more powerful than morphine or heroin. And, many over-the-counter cold and flu medicines render people almost comatose.

The DUI law also applies to drugged driving. So, many of these drivers might be liable for crash damages as a matter of law. Circumstantial evidence of drugged driving includes current prescriptions, open medicine containers in the car, and glassy eyes.