The Holidays See a Spike in Certain Crimes 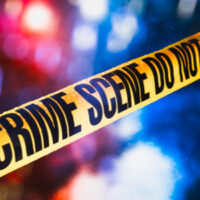 Unfortunately, the holidays are not always the happiest time of the year. So, what crimes increase during the holidays?

According to the National Crime Victimization Survey (NCVS), which examined seasonal crimes over a period of 17 years, there are some crimes that become more common during the holidays. These include driving under the influence (DUI), domestic violence, counterfeiting, and cybercrime.

It is unclear why instances of these criminal acts occur more during the holidays. It is thought that crimes increase during this time of the year because people are not working as much, they have more opportunities, and people are more likely to be intoxicated than they are at other times of the year.

Larceny and Robbery During the Holidays

A separate report by the NCVS found that two other crimes were most common during the holidays. Those offenses are larceny and robbery, which is not surprising given that they are both theft crimes.

Larceny is a theft crime that occurs when one person steals another person’s property but force is not used. Shoplifting is an example of larceny, as is stealing delivery packages from another person’s porch or front door. This year particularly, there has been a rise in what is known as ‘porch pirates.’ The term has been given to people that steal packages from Amazon and other online retailers from the doorstep of others. With so many people staying home and using online shopping rather than visiting crowded shopping malls, it has created more opportunities for people to steal these packages.

While it is true that certain crimes increase during the holidays, the fact is that not everyone charged is guilty. If you have been arrested for a crime, call our Port St. Lucie criminal lawyers at Eighmie Law Firm, P.A. today. Our experienced attorneys will create a strong defense for your case to give you the best chance of a successful outcome. Call us today at (772) 905-8692 or contact us online to schedule a consultation with one of our knowledgeable attorneys.