The Three Ps of Drug Possession 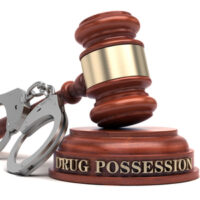 Some people think the War on Drugs ended in the 1980s. At least as far as drug possession is concerned, that’s patently untrue. These arrests have increased 400 percent since the 1980s. A single pill could mean felony charges. And, felony arrests and convictions look very good on police officer and prosecutorial resumes.

Despite what they may say in public, police and prosecutors care little or nothing about justice or fairness. They just want to enforce laws and obtain convictions. So, unless a good Port St. Lucie criminal attorney is in your corner, a basic drug possession charge could mean a long prison sentence.

The substance itself is the foundation of all successful drug prosecutions. Legally, an officer’s assertion that the defendant possessed an illegal substance does not hold up in court.

Police officers rarely have search warrants in drug possession cases. Typically, everything happens so fast that there is no time to go to a judge. So, prosecutors must rely on a search warrant exception to produce the substance in court. Some common exceptions include:

The state has the burden of proof on each element of each exception.

Prove It Was Illegal

Officers always testify that a substance “field tested” as an illegal substance. Frequently, these unscientific tests are little more than physical examinations. Errors are commonplace. In January 2019, authorities released a man who had spent over a month in jail for heroin possession. The “heroin” turned out to be laundry detergent.

Finally, the illegal substances schedule is not set in stone. Additions and subtractions happen. Synthetic marijuana, like K2, is a good example. Many people were arrested for possessing a substance that was not illegal at the time.

We aren’t finished yet. Even if the state produces the substance and conclusively proves it was illegal, prosecutors must still establish all three elements of possession, which are:

Assume Shaggy is in the rear of the Mystery Machine when officers pull Freddy over. Officers are suspicious and Freddy gives them permission to search the van. If they find drugs under the front seat, they will probably arrest everyone in the van, including Shaggy. However, prosecutors will have a hard time connecting Shaggy, a rear passenger, to an illegal substance in the front seat.