The Why and When of Miranda Rights 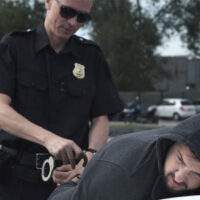 Most people are at least somewhat familiar with the Miranda rights (you have the right to remain silent, you have the right to an attorney, etc.). These rights mostly come from the Fifth and Sixth Amendments in the Constitution’s Bill of Rights. The requirement to read defendants their rights comes from a 1960s Supreme Court case. A subsequent 2010 decision, Berghuis v. Thompson, severely limited the Miranda rights. Now, unless defendants clearly assert their rights, a court might later determine that the defendant waived them.

Why Are Miranda Rights Important?

The right to remain silent and the right to an attorney are probably two of the most important individual liberties in American criminal law. Without these two things, the state’s advantage in criminal cases would be almost insurmountable.

The right to remain silent includes more than the right to keep one’s mouth closed. The Fifth Amendment also guarantees the right not to do anything, at least for the most part. Everyone must comply with basic officer commands, like “step out of the car” and “assume the position.” They must also produce certain documents for inspection, mostly a drivers’ license or other form of identification and, if they are driving, proof of insurance.

Other than that, however, people do not have to do anything officers ask them to do. That includes things like pose for a lineup picture or perform a field sobriety test.

Additionally, for the most part, if the defendant exercises the right to remain silent, that refusal is inadmissible in court. The main exception is a refusal to submit a chemical breath or blood sample in a DUI. These refusals are usually admissible.

The right to an attorney is not far away. Florida’s criminal justice system is very complex. And, an experienced attorney knows the system, so the defendant can make better choices. Additionally, a lawyer is more than a strong advocate. An attorney is also a good negotiator. That’s important, because most criminal cases settle out of court. Finally, through the entire proceeding, attorneys give clients solid legal advice.

Nevertheless, an attorney can only do so much. Because of Berghuis, defendants must clearly assert their rights. There are no magic words. Something like “I don’t want to answer your questions” or “I refuse to stand on one leg” usually suffices.

When Must Officers Administer Miranda Rights?

In movies and TV shows, officers usually “read defendants their rights” when they are arrested. In the real world, such warnings might be too late.

Legally, officers have a duty to administer the Miranda warnings when custodial interrogation begins. If they fail to do so, anything defendants say or do after that could be inadmissible in court. The same thing applies to the fruit of the poisonous tree. For example, if officers do not Mirandize the defendants and she tells them where a murder weapon is, that gun is probably inadmissible in court along with her statement.

Let’s look at custodial interrogation more closely. “Custody” means the defendant does not feel free to leave. Arguably, therefore, custody might begin as soon as flashing lights appear in the rear view mirror. Very few people feel free to leave at that point. “Interrogation” does not just mean asking questions about a certain crime. Some officers know how to extract information without asking questions.

The state must prove guilt beyond a reasonable doubt. The less evidence the state has, the harder it is to meet this burden.

Rely on an Experienced Lawyer