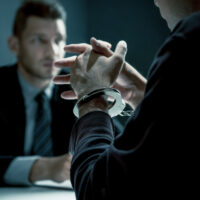 The Constitution gives criminal defendants a number of important rights. But these rights are largely just ink on paper unless an aggressive Port St. Lucie criminal attorney enforces them in court.

Most people know that they have the right to remain silent and not answer any questions. But many people do not realize how broad this right is. The Fifth Amendment also gives people the right to refuse to perform DUI field sobriety tests, appear in a lineup, and do pretty much anything else. People must identify themselves to police officers and provide some documents, such as a drivers’ license and proof of vehicle insurance, upon request.

Right to a Competent Attorney

The Supreme Court has declared that the Sixth Amendment right to counsel kicks in when the prosecution enters a “critical stage,” which normally means after charging documents have been filed or when custodial interrogation begins. Custodial interrogation is a rather nebulous concept. For example, people are in custody when they do not feel like they are free to leave. So, even if the defendant is not under arrest, the defendant could be “in custody.”

Furthermore, the defendant has a right to competent counsel. In other words, criminal defendants have the right to a criminal defense lawyer and not a divorce or bankruptcy lawyer. Typically, judges require attorneys to show additional competency in criminal law before they will appoint them to represent defendants. But that’s not always the case, so a court-appointed lawyer might only have marginal competency.

Right to a Fair Trial

Courts have consistently held that defendants are entitled to a fair trial and not a perfect trial. The general elements of a fair trial are:

To overturn a conviction based on an unfair trial, the defendant must normally show that there was an error and the error contributed to the result.

Work with a Tenacious Lawyer

Defendants have many important rights throughout the criminal trial process. For a free consultation with an experienced criminal defense attorney in Port St. Lucie, contact Eighmie Law Firm, P.A. We routinely handle matters in St. Lucie County and throughout the Treasure Coast area.