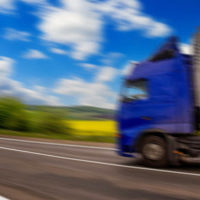 Mr. Martinez, who has held a similar position in New Jersey since 2010, expressed unequivocal support for the agency’s controversial Electronic Logging Device rule, which is to take effect in December 2017. However, he did express his desire to meet with ELD opponents “to learn more about those concerns.” When one Senator asked about the $2 billion compliance price tag, Mr. Martinez said “Our goal is not to cripple commerce, but to make our roadways safer.” Furthermore, the nominee said he hoped to rework the agency’s Behavior Analysis and Safety

BASIC scores have been unavailable for public view since Congress essentially pulled the plug on the program in 2015.

Long-haul truck drivers who must stay behind the wheel for hours at a time account for over two-thirds of large truck collisions. Most of these operators, and most other truck drivers as well, are paid by the trip. So, they have a financial incentive to deliver their loads as quickly as possible, even if that means driving while they are dangerously fatigued.

Although there are federal regulations that direct truck drivers to get a certain amount of rest every week, they are difficult to enforce. Currently, drivers keep paper logbooks, which are easy to falsify. But an ELD is connected to the vehicle’s ignition, so the electronic data it stores is much more accurate.

If the ELD data indicates that the truck driver had an insufficient amount of rest before the collision, there is almost an irrefutable presumption that the driver was fatigued. But the data only tells part of the story. Even if the driver was technically in compliance, fatigue could still be a factor. People are naturally drowsy during certain times of the day regardless of how much sleep they had (or did not have) the night before. So, if the crash occurs in the overnight hours, the same presumption may still apply.

Driving after eighteen consecutive hours without sleep is like driving with a .08 BAC. Furthermore, almost a quarter of drivers admit that they have been so drowsy that they have fallen asleep behind the wheel at least once in the last six months.

The BASIC score is essentially like an enhanced driving record that’s designed for commercial operators. Its straightforward and objective nature is also easy for jurors to understand. This score evaluates several key areas, including:

Damages in these cases include compensation for medical bills and other economic losses, as well as emotional distress and other noneconomic losses. Because of the respondeat superior rule, the shipping or transportation company is normally liable for damages, even if the tortfeasor (negligent driver) was an independent contractor or an owner-operator.

Negligent or sleepy truck drivers cause many serious accidents. For a free consultation with an experienced personal injury attorney in Port St. Lucie, contact Eighmie Law Firm, P.A. We have three office locations along the Treasure Coast.