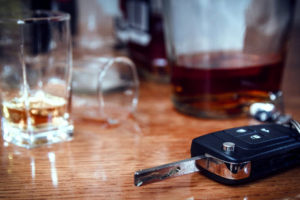 Despite a decades-long crackdown against “drunk drivers,” more than four million motorists in America admit that they drive when they are seriously impaired. Because these numbers are essentially-self-reported, the actual figure is probably much higher. When DUI cases are prosecuted in criminal court, the prosecutors must prove that the defendants were intoxicated, by a preponderance of the evidence. But in civil court, plaintiffs must only prove that tortfeasors (negligent drivers) were impaired by a preponderance of the evidence, which means more likely than not.

There is another significant difference between criminal and civil courts. Criminal liability is nearly always individual; only in very rare cases is someone other than the defendant legally responsible for a DUI. However, in civil court, there are a number of third-party liability theories in negligence cases. These doctrines are important, because many drivers are either uninsured or under-insured and therefore may not have sufficient coverage for fair compensation.

Any impairment is a breach of the duty of reasonable care. Common evidence of impairment includes things like:

After two or three drinks, most people are legally intoxicated, and so there is direct evidence of impairment. If the tortfeasor is convicted of DUI, or in some cases even charged with DUI, the plaintiff may establish liability through the negligence per se (negligence “as such”) rule.

Essentially, if the tortfeasor violated a safety statute – like DUI or running a stop light – the court may presume negligence. If the victims establish that the tortfeasors’ statutory violation caused injury, they are normally entitled to compensation for both economic damages, such as lost wages, and noneconomic damages, such as loss of enjoyment in life. In certain cases, such as those that involve very high BAC levels, additional punitive damages may be available as well.

Florida has a limited dram shop law that holds commercial providers like bars, restaurants, and taverns liable for the damages that their patrons cause; the damages must be alcohol-related, such as bar fights and DUI crashes. To establish responsibility, the plaintiff must prove that the provider sold alcohol to:

Dram shops are strictly liable if they sell alcohol to minors, because in most cases, it is not a defense that the patron “looked” older than 21 or even that the patron used a fake ID. As for the second element, if the patron was a regular customer, a jury may impute knowledge and assign liability.

Both the tortfeasor and a third party may be responsible for damages in negligence cases. For a free consultation with an experienced personal injury attorney in Port St. Lucie, contact Eighmie Law Firm, PA. We do not charge upfront legal fees in personal injury cases.