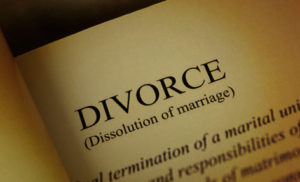 As the season of peace on earth and goodwill towards men draws to a close and the calendar turns to 2017, many people take a few moments to reflect on the events of 2016 and make some big-picture plans for the new year.

Many times, these plans include a divorce modification. But like so many other New Year’s resolutions, oftentimes, these plans quickly fall by the wayside. However, the issue is not a lack of willpower or determination. Rather, many parents take shortcuts, and rely on non-judicial side agreements, which in many cases, are little more than text message strings. Even if both parties have good intentions at the time, these informal arrangements are unenforceable in family court. So, if one parent reneges on the understanding, for whatever reason, the other parent has no recourse, no matter what lifestyle changes the parent made to comply with what was supposed to be the “new normal.”

Side agreements concerning child support are a particularly bad idea, because the obligee parent is basically a third-party beneficiary of an arrangement between the state and the obligor. The same idea is true in reverse, as despite what promises the obligor makes regarding increased payment, a modification action is the best way to guarantee such increases.

Florida law states that child support can only be changed based on a “substantial change in circumstances,” which is defined as a 15 percent or $50 income difference. Only involuntary job changes, like a for-cause termination or involuntary layoff, may serve as a basis for modification. Furthermore, the change must be permanent and must not have been anticipated at the time the prior order was entered. Decreased expenses, such as the end of day care or private school, may also constitute changed circumstances if the monetary difference meets the statutory threshold.

Child support increase modifications are normally retractive to the date the request was filed, but reductions usually take effect when the order is signed.

In 2005, the Florida Supreme Court resolved a difference between state appeals courts and clearly established the definition of “substantial change in circumstances” for custody modification purposes. Previously, some courts required movants (people who file modification actions) to show that the child’s current living environment was “detrimental,” a requirement that many people likened to the thoroughly-debunked “tender years” doctrine, which held that only mothers could care for young children.

When considering a motion to modify, the court normally looks at the following factors:

In modification actions, most judges give very little consideration to children’s preferences, unless the children are 16 or 17. Similarly, if one parent has not adhered to the visitation schedule, a judge may order makeup visitation but will hardly ever grant a permanent modification.