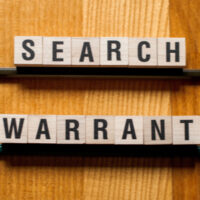 If the evidence was illegally seized, a Florida judge will most likely throw the case out of court. That’s especially true in drug possession and other matters which depend almost exclusively on physical evidence. Even if a judge allows the case to continue, the lack of evidence gives a Port St. Lucie criminal defense attorney additional leverage during pretrial negotiations.

This exception is probably the most common one. When they arrest or detain suspects, police officers almost always ask to search them or their belongings. This request need not have flowery language and the defendant need not sign a  waiver or anything like that. If an officer asks “Can I look in your backpack?” and the owner or apparent owner says “Okay,” that’s sufficient.

Let’s look at these responses a bit closer. Generally, the consent exception hinges on such matters. Consent is an affirmative, voluntary act. Stepping away from the backpack or even handing it to an officer is usually not consent.

An apparent owner might be someone who is carrying the backpack but does not actually own it. Officers cannot keep asking people in a group for consent until one of them provides it.

If officers are lawfully in a certain place and they see drugs or other contraband in plain view, they may seize it without a warrant.

Partial plain view seizures might be an issue as well. For example, if an officer sees a pistol grip protruding from underneath a seat, that grip could belong to a real gun or a BB gun.

This exception and the plain view exception often go together. If officers believe someone is in trouble, they may enter a dwelling or other building without a warrant. While inside, they may sweep through the building. If they see contraband during such sweeps, they may seize it.

These safety sweeps have limited scopes. Officers cannot look in every corner, and they definitely cannot open locked boxes or other containers without an owner’s consent. Furthermore, if officers believe there is a gas leak in the house, they cannot search a detached shed or garage.